Peanuts in shells and danger of Aspergillosis to Parrots

The trade in Peanuts is big business, they can be found in a lot of produces as well as being sold fresh, roasted, salted even yogurt coated. All of the above for human consumption, which of cause get the best, But that leaves a lot of second grade Peanuts that are used for animal consumption including parrot food.

But as we all know parrots need cleaner, fresher food than us to eat, they cannot cope with chemicals and pollutants as well as us, which is why second grade (for animal consumption only) Peanut can kill our birds. 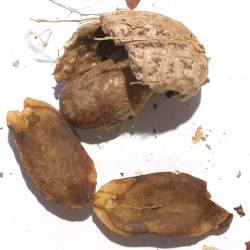 Peanuts are particularly susceptible to contamination during growth and storage. Poor storage of peanuts can lead to an infection by the mold fungus Aspergillus flavus, releasing the toxic substance aflatoxin. The aflatoxin producing moulds exist throughout the peanut growing areas and may produce aflatoxin in peanuts when conditions are favourable to fungal growth. Quote: British Trust of Ornithology. Concern has been expressed by the British Trust of Ornithology (BTO) about the amount of aflatoxin on peanuts even though peanuts are tested before they leave their country of origin tonnes of imported peanuts have apparently been found to be contaminated with aflatoxin - at up to 200 parts per billion according to Mr Chris Whittles, Chairman of CJ WildBird Foods. Aflatoxin is produced by a type of fungus called Aspergillus, and it is believed that the aflatoxin forms on the peanuts during transportation, particularly if they are stored under warm, humid conditions. Members of the public have been advised by the BTO not to feed peanuts to birds unless they meet UK bird food standards and have been properly tested to ensure that they are not contaminated.

Aspergillosis can follow one of two courses - acute or chronic. Birds with acute aspergillosis have severe difficulty breathing, decreased or loss of appetite, frequent drinking and urination, cyanosis (a bluish coloration of mucous membranes and/or skin), and even sudden death.

The fungus generally affects the trachea, syrinx (voice box), and air sacs. The lungs may also be involved. Chronic aspergillosis is much more common, and unfortunately, much more deadly due to its insidious nature. The bird may not become symptomatic until the disease has progressed too far for a cure.

The respiratory system is the primary location of infection. White nodules appear and ultimately erode through the tissue, and large numbers of spores enter the bloodstream. The spores then travel throughout the body, infecting multiple organs including kidneys, skin, muscle, gastrointestinal tract, liver, eyes, and brain. Respiratory symptoms will be the first to occur but will depend on the location of the greatest areas of colonization. Difficulty breathing, rapid breathing and/or exercise intolerance are common. If the syrinx (voice box) is involved, a change in voice, reluctance to talk, or a "click" may occur. Nares may become plugged or you may see a discharge. Eventually, severe respiratory compromise may kill the bird.

Other signs and symptoms will vary, depending on the other organs involved. If any portion of the central nervous system has become involved, the bird may have tremors, an uneven or wobbly gait, seizures, or paralysis. With liver involvement, a green discoloration to the urates may be seen, and the veterinarian may feel an enlarged liver. Generalized, non-specific symptoms can include loss of appetite leading to weight loss, muscle wasting, gout (painful, inflamed joints due to urate deposits), regurgitation, abnormal faeces or diarrhoea, excessive urination, depression, and lethargy.


Copyright © 2023 ParrotAlert.com . All rights reserved.
This article or any portion thereof may not be reproduced or used in any manner whatsoever without the express written permission of ParrotAlert.com